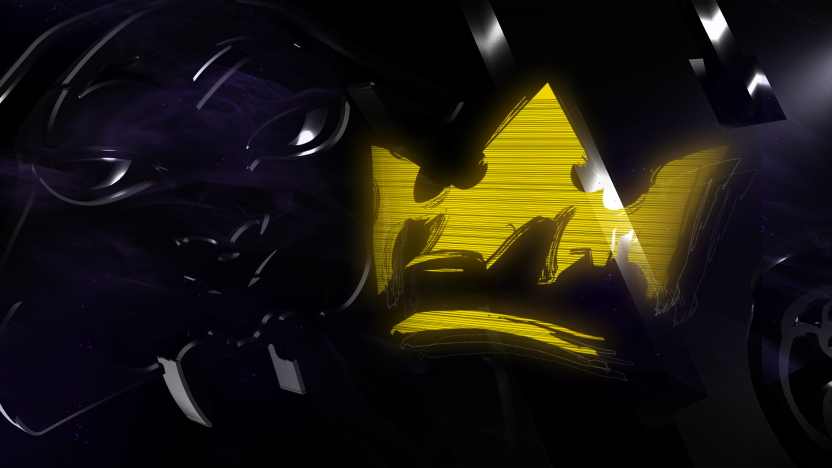 Summary: This will be a rematch of the regular season matchup between the two teams where Concord Maroon beat Illini Orange 3-0 (250-219 HP, 6-1 SnD, 209-136 Dom). Concord Maroon hadn’t dropped a map all season long until the playoffs where they dropped two maps to Arizona State in a close 3-2 series win in the second round. Illini Orange also had a struggle in the first round vs. Oregon as they won a 3-2 series before bouncing back and winning 3-0 against UT-Dallas in the rematch of the Tespa Interim Series. Concord Maroon finished the season ranked 1st across all game modes while the Fighting Illini ranked 9th in Hardpoint, 7th in Search and 10th in Domination. This will be a match of tight Hardpoint and Search games but the swing factor may be the Domination. Concord Maroon averaged 181 points a game in the playoffs while Illini Orange only averaged 157 points.

Keys to win for Concord Maroon: Be consistent. They showed dominant Hardpoint performances against Oklahoma State in the first round and in game 1 vs. Arizona State. However, they lost a tight one vs. Arizona State in game 4. Trauma struggled during that game and RedChase had hardly any engagements in the Hardpoints vs. the Sun Devils. The roster is not performing up to their regular season form, but still are putting up good numbers with Parayxlsis at 1.46 OVR KD, Crooked at 1.58 OVR KD, Megatron at 1.61 OVR KD, Trauma at 1.57 OVR KD, and Redchase at 1.04 OVR KD. In the last month or so, in the AGN Foundation League and in scrims, they’ve shown multiple inconsistencies as well. Regardless, this roster is talented and were undefeated (and still are) in the CCL for a reason. They just need to play on the same page.

Keys to win for Illini Orange: Play with passion. The Fighting Illini came out firing on all cylinders to start the playoff with a 250-87 Hardpoint win vs. Oregon on Rammaza. They then took the Search 6-3 but dropped Domination and Hardpoint on Gun Runner. They warmed up against UT-Dallas and took 3 tightly contested games for the 3-0 win. Overall, their KDs took a significant hit from the regular season, where all 5 players averaged in the mid 1.50 KD range, but Crit is running a 0.99 in playoffs, Versa is at 1.18 KD and Grinch is at 1.14 KD. Shields and Schufy are still performing well at 1.41 KD and 1.38 KD, respectively. Several people didn’t think they’d get past UT-Dallas, so they need to use that fuel to “dethrone” Concord Maroon and hand them the first loss of the 2020 season.

Summary: Texas A&M Maroon is another team that hasn’t dropped a single map all season (not counting the FF against Oregon). Their roster is filled with a trio of superstars in Landxnn, Deelo and Justify with solid 4th and 5ths in Loathe and Decay. Purdue, on the other hand, is a team who doesn’t have many “superstar” names, but play very well as a team together, especially in respawns. Texas A&M Maroon coasted through their first round matchup vs. St. Clair Saints (250-75 HP, 6-3 SnD, 167-135 Dom) and didn’t even have to play their second round matchup as Grand Canyon forfeited. Purdue won both of their matches 3-1 (UT-Arlington & Grossmont).

Summary: These two teams met earlier in the season where Humber took the match 3-1 (250-184 HP, 3-6 SnD, 190-182 Dom, 250-183 HP). This was week 3 of the regular season and it was still close. Humber started this playoff extremely rocky and didn’t start warming up until the game 4 of the 1st round vs. Arkansas. They went to the second round vs. Lebanon Valley and won 3-1 (dropping the Search and Destroy 5-6). However, the rest of the match, Humber looked really good. Penn State White handled business vs. UT-Knoxville in the first round with a decisive 3-0 series win and set the tone for the their second round vs. Full Sail Armada. Penn State White handedly won the series 3-1 (250-100 HP, 4-6 SnD, 151-140 Dom, 250-170 HP) vs. arguably the best non-#1 seed in the playoffs. The “Torch Twins” aren’t forgetting the loss earlier to Humber nor are they forgetting the disrespect their team have been receiving over the season. Humber should bring their A-game.

Keys to win for Humber College: Don’t underestimate your opponent. Humber came in cocky in the first round vs. Arkansas and were tested. The first Hardpoint was only won 250-216, they dropped the Search 2-6, Domination was only won by 7 (156-149) and then finally they showed their dominance in game 4 with a 250-106 win in Hardpoint. The second round was a better look for the boys from Canada as they took Lebanon Valley down (who upset Alabama in the first round) in convincing fashion. Four of the five players are posting solid overall K/D ratios and look poised to take another W from Penn State White like they did earlier in the season.

Keys to win for Penn State White: Play with the same intensity. This team has been underestimated and disrespected throughout the season. Nobody has them going very far in the tournament, but what they did was show the CCL and their fans how dominant they can be. They manhandled UT-Knoxville and took a 3-1 series vs. Full Sail Armada in the second round. They did all of this with Sparky posting negative in every single game in the playoffs. The slay power of Sensoble, Report, Shades and Kenn matched with Sparky’s objective-minded play were enough to carry the team to victories. The “Torch Twins”, Shades and Sensoble, are posting solid K/D ratios so far (1.51 Shades, 1.46 Sensoble). They’re hungry and will look to continue earning the respect around the league.

Summary: Another set of regular season foes face-off in the playoffs with the Eagles and Bulldogs from the Southeast division. Georgia Southern took the series during the season in a very close 3-1 (250-215 HP, 6-5 SnD, 132-172 Dom, 250-249 HP). Both teams cruised past their first round opponents while Georgia Southern faced a bit more of a challenge in round two vs. Carleton than LA Tech did vs. UL-Lafayette. The Eagles had a bend-but-not-break game vs. Carleton where they won another very, very close 3-1 (224-250 HP, 6-5 SnD, 152-143 Dom, 250-233 HP). LA Tech handedly beat the Ragin Cajuns to the point of having some of the ULL players leave during the 210-94 Domination win. This one will be extremely close in each game mode (except maybe Domination in favor of LA Tech) and could go either way. LA Tech is playing very well and Georgia Southern is showing their clutch factor. This will be my game to watch of the Elite 8 Winner’s Bracket.

Keys to win for Georgia Southern: Keep clutching up. They’re undefeated for a reason and that’s because they have a solid roster of 5 who can make the plays and do them when they matter. Gunly is struggling this playoff, with a slight dip in his K/D and production but Jokez is posting a 1.52 KD (an increase over his season average) with the rest of the squad producing efficiently. They’re 5th in Hardpoint among the 32 playoff teams, 3rd in Search and Destroy, and a mere 23rd in Domination. They are masters of close games and if this one goes down to the wire, which I expect it to, then look for the Eagles to close it out on the side of victory.

Keys to win for LA Tech: Dropz needs to continue performing like a superstar. He has been absolutely dominating in the two playoff matches for LA Tech posting a 1.81 overall KD (2nd in the playoffs), 1.56 HP KD (9th), 2.63 SnD KD (3rd), and 2.00 Dom KD (3rd). The Bulldogs are 7-2 vs. playoff teams in the regular season with a +25 point differential in Hardpoint, +1.4 round SnD differential and a +50 point Domination differential. They should expect to take the Domination off Georgia Southern as that is their weakest game mode while it is LA Tech’s strongest game mode. They’ve been playing with a face not seen much during the season in SirGalahaad. While his K/D may not be great, he is #1 in the playoffs in average hill time at 144.5 seconds. If he can provide a few more kills, this may turn out to be an upset. WholeTroll, Rhett and Will need to maintain their solid production to support Dropz and help out SirGalahaad. The Bulldogs looked scary so far and they will be coming to play.