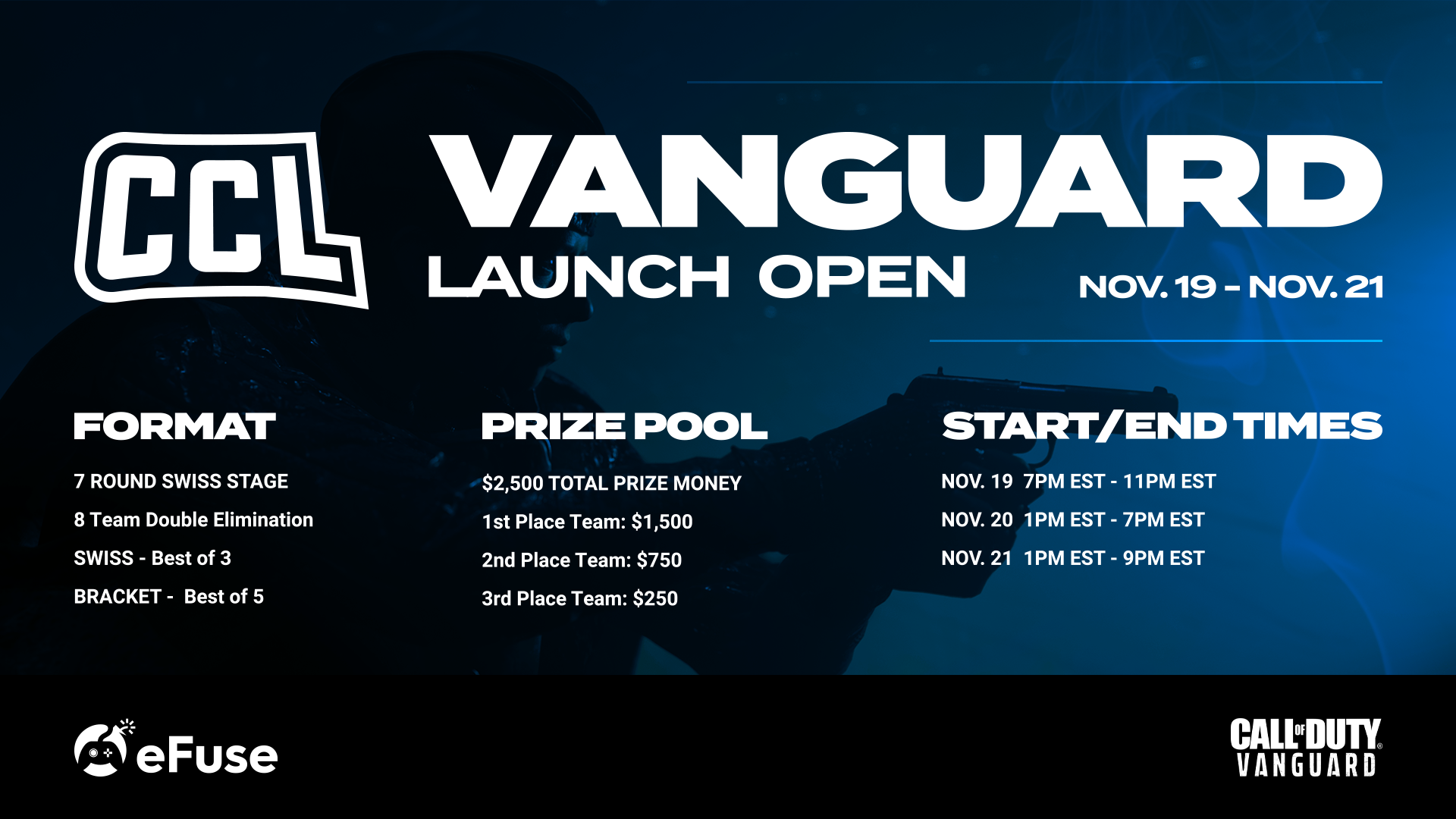 A new game means a new tournament. Vanguard has arrived and will be the next Call of Duty College CoD will occur across. With an anticipated… well. Who knows HOW many teams next year. This open (4v4 Competitive CoD on Vanguard) will consist of a 7 Round Swiss Stage (Best of 3’s) → Top 8 team Double Elimination Bracket.

Questions can be directed to sonofpaint#0117 or jbyrd#4818 within the CCL Discord. *Note: The College CoD team is aware of universities hoping to use this timeframe as tryouts. We encourage teams to sign up and utilize this tournament as part of their tryout process as deemed fit!