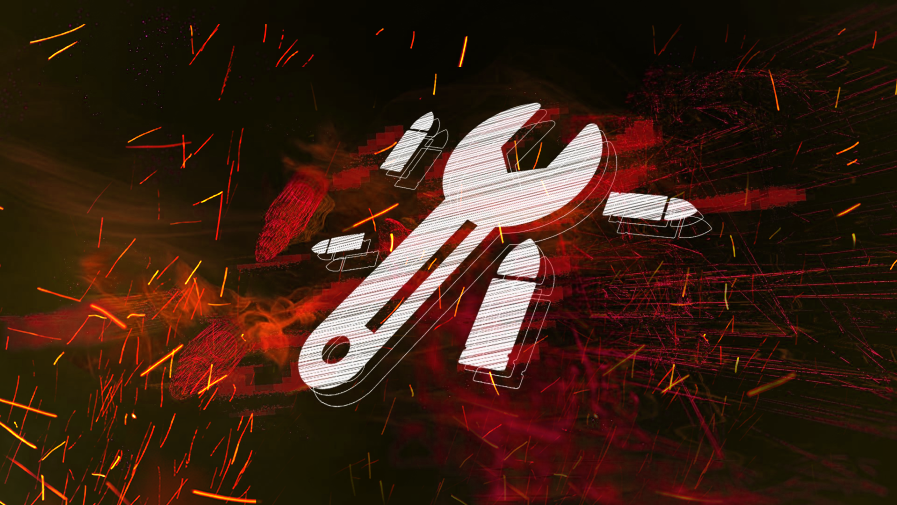 Here’s some updates on what to expect for playoffs including an updated stream/play schedule and other various points.

Brackets have been released and the stakes are high as teams compete in the CCL 2021 Regional Qualifiers! All matches must be finished before Wednesday April 14th. Matchups and Qualifying matchups can be found here. 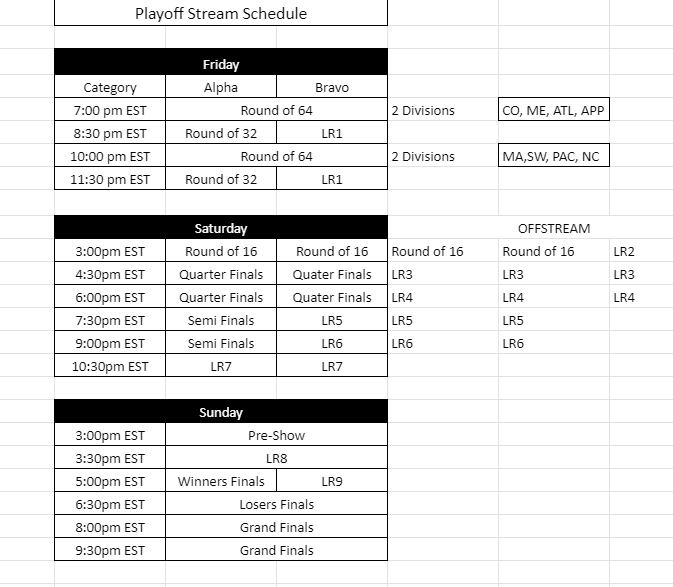 First change you’ll notice is the change of times on Friday. After reviewing the stream schedule, we realized we’re only showing 2 total matches per channel on Friday. So, we’ve decided to split play-times for Round of 64 and Round of 32. If you’re part of the following regions: Appalachian, Atlantic, Metropolitan, Coastal you’ll play your Round of 64 and Round of 32/Losers Round 1 match in the first two time slots. The following regions will play in the final two time slots: Mid America, North Central, Pacific, Southwest. Simple and straightforward.

Secondly comes a few changes to Saturday’s broadcast schedule and some clarification to off stream games too. There was previous confusion about the order of games in addition to concerns over potentially long time gaps of playtime (consisting of over 3 hours long) for teams. So, this modified/clarified stream schedule hopes to clear the following up. Again, still the same time block on Saturday, just some tweaks to what’s shown on stream. Finally, it’s worth mentioning all of the playoffs will be played on neutral hosts and we’re looking into having charlie and delta streams in similar fashion to previously held CWL events (no promises though).

We will be requiring all players from all teams (this is only including starting players, not your subs) to be in Discord voice calls for the entirety of playoffs (not including Regional Qualifiers). Playoff teams will begin to see their respective voice channels appear in the Playoff Voice category, if it is not already there. Additionally, our player verification process has launched through the website and Discord. Please keep your eyes peeled on the player announcements channel and ask questions!

The final Top 25 Power Rankings will be released soonTM and are the last rankings to be posted this year. All of our internal staff are in “playoff mode” meaning we’re ambitiously trying to tackle projects to go out with a bang this year! Including perhaps the launch of that merch store we hinted at….That’s all for now! :D